The road to January
by theloc on January 27, 2017 in Interviews News 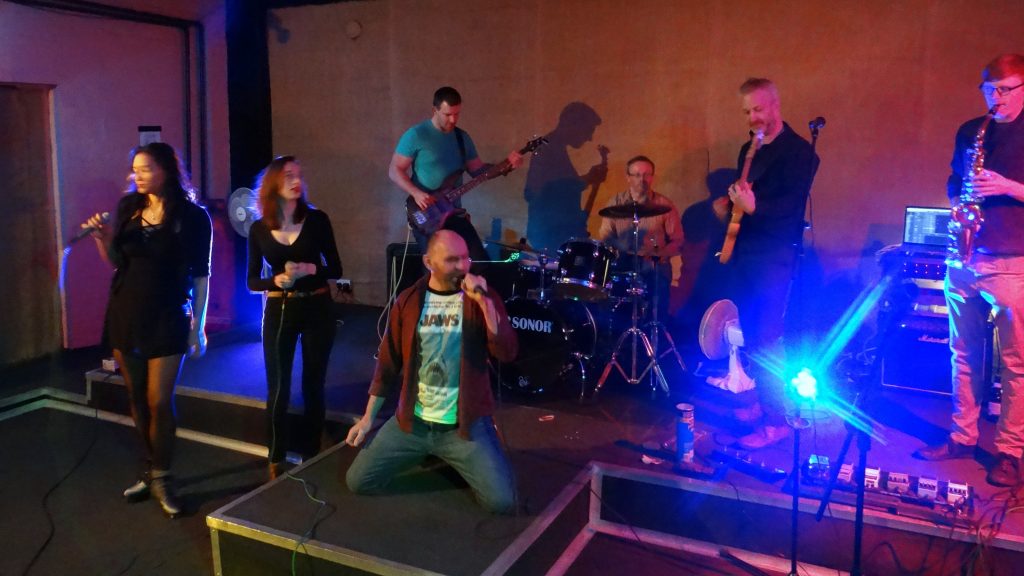 September 2016, a night of drink, film, drink and cajoling. All of those invited over had serious (if not untapped) musical talent and they were going to be asked to be part of a project. The purpose of the night was to sell them a vision.

The film, of course was Alan Parker’s classic 1991 movie ‘The Commitments’. The story of Jimmy Rabbitte, a young music fanatic living in the Dublin Northside who assembles a group of working-class youths to form a soul band. The purpose of the night was for the band manager and self styled Jimmy Rabitte (his words) Dave Patrick to try and light the fuse.

Stone – well that’s our version of the Dublin northside. Soul – that’s your mission. To get out with our own tribute to this epic concept and bring soul to the good people of this downtrodden, working-class town. Okay, well sure – enough with the dramatics. It’s a bit middle class here, just look at the politics of the place, but the struggle for the band, to pick itself up by the bootstraps, turning raw talent into a kickass group en route. That’s real for sure.

And this band? It’s our version of The Commitments. Unique to us, yet playing the same classic, honest soul from the film’s soundtrack. Yet doing it as authentically and passionately as our spirits can muster. This is our tribute to the film but also our homage to a new generation of hard working people. Today Staffordshire, tomorrow, well maybe the West Midlands, and then…?

The Commitments genius was to pick some of the best loved soul songs of a generation. Chain of Fools, Nowhere to Run, Mustang Sally, Show Me, Try A Little Tenderness. Taking material from legends like Otis Redding, Aretha Franklin, Joe Tex and Wilson Pickett and getting a fictional band of young working class gob-shites from Dublin to pour their heart and soul into it. And boy they did – so much so that The Commitments versions of the songs are in many cases as highly regarded as the originals. 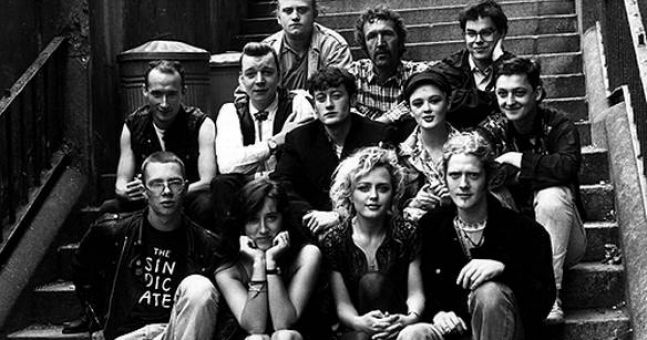 After the film, we all stumbled out into the dampness and blackness of a fairly typical Stone night. Something had changed though and something very cool had happened. We’d actually managed to get a band together.

Beth, Tess, Tracy & Noz the voice, Dave the guitar, Dave the bass and Dunco the drums were extruded into a new (as yet unnamed) soul band. The vision – playing the music true to the film – was set, the flag hoisted and so the group set about their task. We needed to rehearse and also find some more kindred spirits to join us.

Forward to October and ready for first rehearsal. The plan was to start off with the band, concentrating on the vocal harmonies and the rhythm section. We’d get tight as fuck and then fill in the blanks. I mean, you can’t just get 10 people to commit to something (not the last time I’d use that pun) off the bat, right? We were missing a brass section, a keyboard player and a regular experience bassist. Fortunately, using a bit of clever digital techery-pokery we were still able to rehearse like it was a full band. I admit, not quite the same trajectory as the initial film, but vital to our success nonetheless. Plus, the upside was we didn’t have to spend our first rehearsals getting PA and instruments, dodging loan sharks and pulling favours. What we did though, was to get our rehearsal schedule up and book ourselves in to some regular time at Dave Massey’s Tower Studios.

The departures of Tracy and Dave W due to, er, commitments was but a temporary glitch, sad that it was. The arrival of Andee Price on Bass and vocals replaced them both and was enough to get the momentum. With Tess, Beth, Noz, Andee and Dave handling vocal harmonies the task was to try and recreate as close as possible the tightly knit harmonies from the band, particularly the girls in the original film, Imelda, Bernie and Natalie. This is the detail, and there’s devil in it. And having picked the 26 strong songs for the set, we set to task. 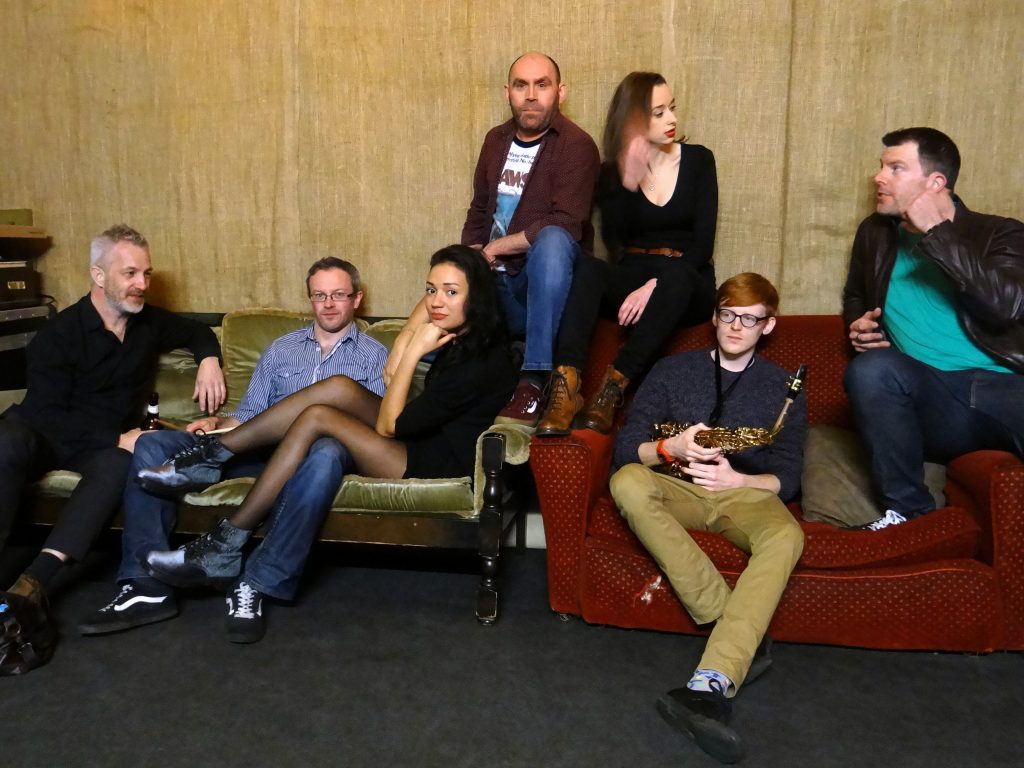 In December we settled on the name. Important to get this right at the start? Well we’d joked around The (Lack of) Commitments for ages. It seemed to suit the band, suit us and moreover it was available. Not going to dwell on the other bands out there. Our calling card would be that there weren’t actually any of the original cast in our band!

And so here to January.

Andee, left in December, the commitment was just too much. Sure it was a blow, however with the core as solid as ever (Duncan, Dave, Beth, Noz and Tess) we just got on with it. By January we’d rehearsed everything. Now to get serious and set about our Bass player, Keys player and brass. Cue James who joined us on Sax.

So along with players, things are starting to get real. We had our first photo shoot courtesy of the wonderful Sam Green. We started to get some great support on our FB page (over 100 likes in a week) and we got booked for our first gig. March 31st. That’s the date, that’s set in Stone (literally) and there’s no going back now.

‘The hardest working soul band in Stone’ is now a reality. Thanks to everyone for supporting us this far. This year’s gonna be great. Bring soul to a country that really needs cheering the hell up right now. Can’t wait to see you out there.